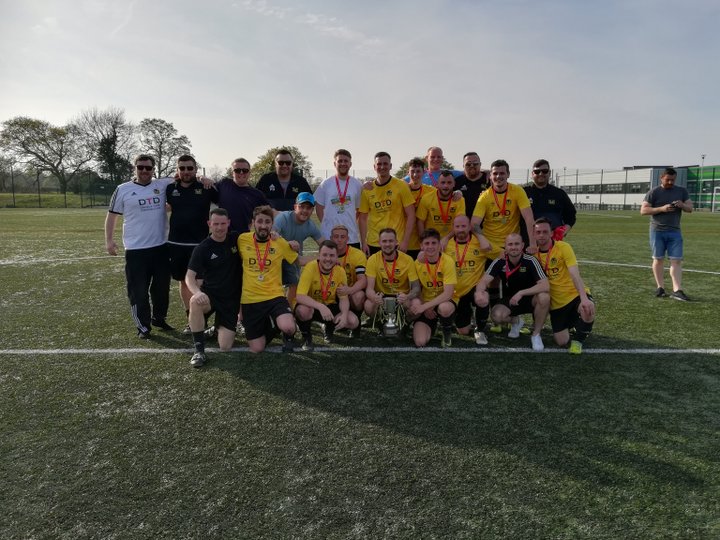 Flint Mountain have been crowned Champions of NEWFL 2018/19

They remain on course for a five-timer, with the President’s Cup already in the bag and finals of the Horace Wynne Cup, Goals Premier Cup and Mike Beech Memorial Trophy to come.

In today’s tussle at the Quay, where Mountain needed three points to seal top spot, the visitors led 4-0 early in the second half through Jon Edmonds, Lee Messham, Marc Gunther and Sean Williams (pen), but Nomads were far from finished.

The young hosts fought back valiantly, making it 4-3 via Dawson Butcher, Sam Williams and Tom Weir (pen) with 13 minutes to go.

Mountain settled the nerves when Pete Martin and Jack Aitken added late goals to bank the points and the title.

Still unbeaten in the league with two games to play, Mountain’s three remaining finals are:

Flint Mountain miss the chance to finally take the Title  Flint put a hold on celebrations after a draw at Mold Town.