HOW DO THE NORTH EAST WALES FOOTBALL LEAGUE KEEP PRODUCING SUCH AMAZING TEAMS? 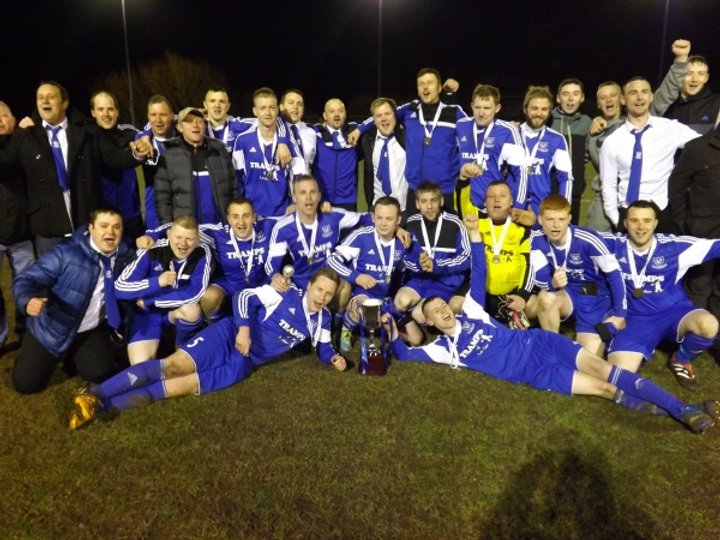 Dave Jones of Grassroots North Wales looks at Teams from across the years.

HOW DO THE NORTH EAST WALES FOOTBALL LEAGUE KEEP PRODUCING SUCH AMAZING TEAMS?

How do the North East Wales Football League keep producing such amazing teams? 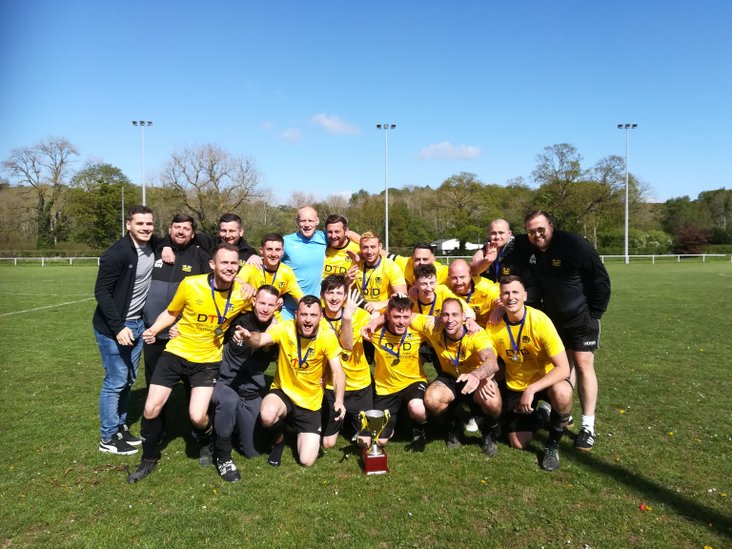 Four out of eight NEWL champions have since won league titles at a higher level, with latest table-toppers Halkyn and Flint Mountain awaiting their opportunity to follow suit.

The FA of Wales decided on March 14, 2011 that all clubs then based in Flintshire would become part of the North East Wales FA from August 1, 2011.

As a result the Clwyd Football League, formed in 1975, split into the Vale of Clwyd and Conwy League and Clwyd East League (for Flintshire clubs).

Here is a look at the eight NEWL champions since 2011/12 and how they have fared since making their name in the tier-five league.

Nomads were the first team to be crowned champions of the new league, then known as the Clwyd East.

While they lost twice in 2011/12, they were still head and shoulders above the rest, winning their third consecutive league championship by a nine-point margin.

WHAT HAVE THEY DONE SINCE?
Nomads were promoted to Welsh National League Division One, finished runners-up in their first season, and won the title in 2013-14 boasting a remarkable perfect record of 20 straight wins.

They lifted the Premier Division title in 2015-16, making it five league championships in seven seasons, and were only denied elevation to the Huws Gray Alliance on ground criteria issues.

Nomads have held their own in the Premier for the past three seasons.

Winners of the NWCFA Junior Cup in 2010-11, Point of Ayr dominated the Clwyd East League in 2012-13, losing just once in 20 matches and finishing eight points ahead of their nearest challengers.

WHAT HAVE THEY DONE SINCE?
In their first season in Welsh National League Division One, the Ffynnongroew side finished runners-up, just four points behind champions FC Nomads, who achieved a perfect 20-0 record.

They struggled in Division One for the next three seasons, and sadly folded in 2017/18.

Newcomers Queen’s were the first Clwyd East League champions to emerge undefeated through a whole campaign.

In a stunning first season in charge, Martin Ford and Kevin White guided the Wrexham side to the league title, President’s Cup, Horace Wynne and Clwyd Cup quadruple.

WHAT HAVE THEY DONE SINCE?
Just like they won the Clwyd East League at the first attempt, Queen’s did the same in Welsh National League Division One, finishing champions in their debut campaign by two points and amassing 140 goals in 24 matches.

Park were third in the WNL Premier Division in 2015-16, but the following season finished top of the table to make it three league titles in four seasons.

After a disappointing one-season stay in the Huws Gray Alliance, Queen’s returned to the WNL Premier in style by lifting the title again.

What an impact this team made in their first season.

Albion rattled up a stunning 150 goals in 22 matches to clinch the league title at the first time of trying.

They were denied a full house on the last night of the season when pipped 2-1 by Aston Park Rangers in the Clwyd Cup Final.

Albion scored more goals in North Wales senior soccer than any other team in 2014/15 – a stunning 237 in just 37 matches.

Their top scorer was Nicky Williams with 59 goals, closely followed by Oliver Davies on 53.

WHAT HAVE THEY DONE SINCE?
Albion’s first season in Welsh National League Division One saw them win the title by a single point.

The latest in a long line of cracking teams to win the North East Wales League were newly-formed Rhostyllen in 2015-16.

The Wrexham area side lost just once in 20 league outings and piled up 121 goals.

Not only that, they lifted four trophies, made it all the way to the FAW Trophy semi-finals and piled up 218 goals in 46 matches in all competitions.

WHAT HAVE THEY DONE SINCE?
In their first campaign in Welsh National League Division One, Rhostyllen finished runners-up behind Lex Glyndwr and bagged promotion to the Premier.
Their first two seasons in the top division have proved challenging so far.

The 2015-16 season saw the villagers get back to winning ways and achieve a tremendous turnaround to seal second place in the league.

2016/17 will go down as the best in the club’s history as Shaun Antrobus’ side overcame all the odds to land Sychdyn’s first silverware after a drought of 32 years, winning both the North East Wales League title and Premier Division Cup.

WHAT HAVE THEY DONE SINCE?
Sadly, Sychdyn’s ground did not meet Welsh National League criteria and they were refused promotion. The club folded before the start of the 2017/18 season.

Ryan Roberts’ Plas Madoc side followed in the footsteps of FC Nomads, Queen’s Park, Cefn Albion and Rhostyllen by winning the North East Wales League in their first season of competition.
The Wrexham side finished nine points clear at the summit, winning 23 of their 26 matches and banging in 130 goals.

The prolific Nicky Williams netted more than 50 times, including 10 in a single game.

WHAT HAVE THEY DONE SINCE?
Plas took the Welsh National League by storm last season, winning the Division One title by a huge 19 points and not losing a single game. They also lifted the Division One Cup.

With stats like those, are they perhaps the greatest team yet to win the North East Wales League? All down to opinion.

After making little impression since joining the North East Wales League, Flint Mountain really came into their own in 2018/19, winning the title by eight points and finishing the campaign unbeaten.

Like Cefn Albion and FC Queen’s Park previously, Mountain added three more trophies during the season and were one win away from a unique five-timer.

Mountain also lifted the President’s Cup, Horace Wynne Cup and Mike Beech Memorial Trophy, and were only denied a quintet after losing in the Goals Premier Cup final to Acton – their sole domestic defeat in 2018-19.

From this season, the club will be renamed Halkyn and Flint Mountain Football Club as part of ambitious plans to progress to as high a level as possible.