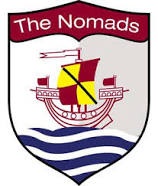 In Veterans Division One, Lex Vetsovercame Denbigh Wanderers 3-1 on Sunday.

Alan Huxley hit two for the Lawmen, with Oli Jones also on target, Russ Vaughan hitting back for Denbigh.

These two vets fixtures were the only games to take place in the North East Wales League over the weekend with Storm Dennis causing all other matches to be postponed.