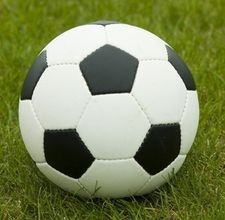 This evening FAW have released the following statement..

The Football Association of Wales Board of Directors (the FAW Board) have today (19 May) ratified the recommendation of the National League Board and agreed to curtail the 2019/20 season for Tiers 1 to 4. The decision has been taken as a result of the ongoing COVID-19 pandemic and in accordance with Welsh Government’s lockdown guidelines and measures.

The FAW Board took into consideration the health and safety of all those involved with these leagues. Furthermore, the FAW Board also considered the specific economic and financial impact of attempting to finish the season during the pandemic and therefore felt it was imperative not to risk the long-term financial stability of the leagues and their clubs.

It was also recognised that the JD Cymru Premier could not be concluded prior to the deadline set by UEFA for European competition entry.

Clubs in the JD Cymru Premier, JD Cymru North, JD Cymru South and the Orchard Welsh Premier Women’s League were consulted on how the season should be concluded. The views and information provided by the clubs were communicated to the FAW National League Board and the FAW Board of Directors.

The FAW Board agreed that Tier 1 to 4 leagues would be curtailed and that an unweighted points per game method be applied to determine the final standings. As a consequence, the European Play-Offs in the JD Cymru Premier will not take place.