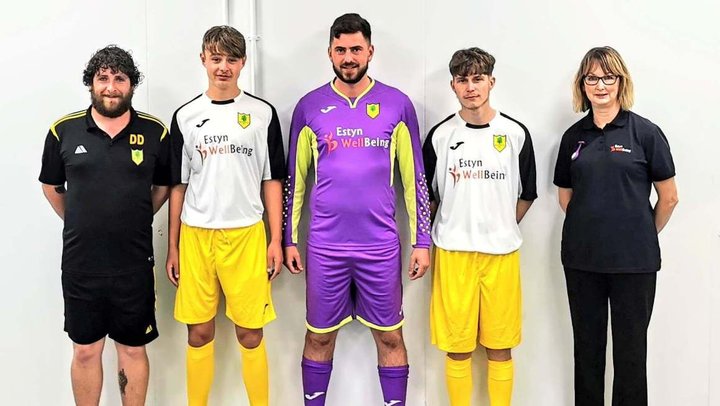 Bellevue FC today unveil their 2019 season kit and the shirts hold a special message for the league-registered inclusion team.

Club secretary and founder Delwyn Derrick was proud to explain the trustees decision on the new kit. 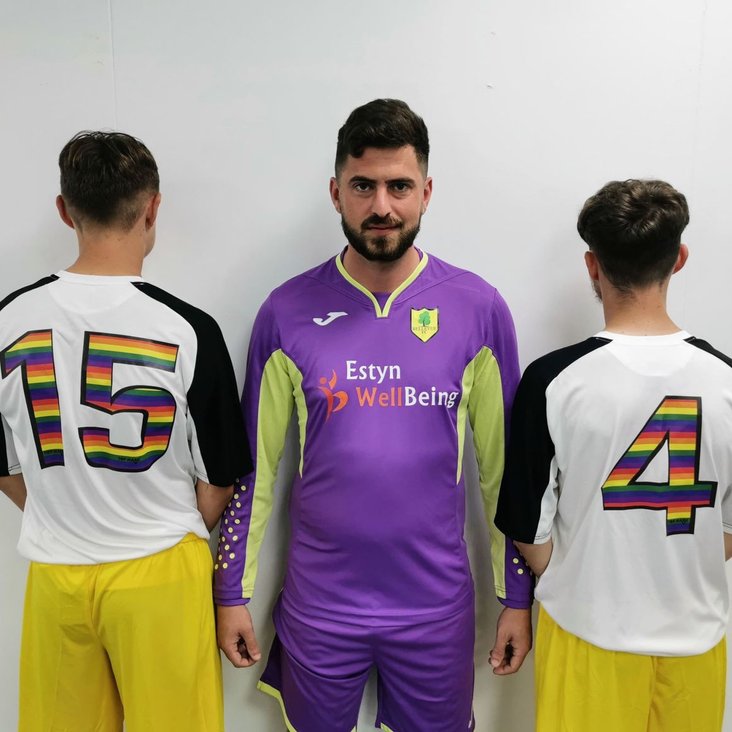 “Kick it Out have condemned the recent numbers as it shows an increase for the seventh year running. I just can’t understand how football is so intolerant in 2019.”

In response, Bellevue have released a kit carrying rainbows in all of the numbers on the back of the shirts, a nod to the Football V Homophobia inspired kits seen earlier this year.

“We saw a lot of clubs sporting rainbow kits, rainbow numbers and rainbow laces towards the end of last season in support of Football V Homophobia’s month of action, but then these kits seemed to disappear again,” added Delwyn.

Bellevue have a very good reputation for their work towards all inclusive football and also acceptance and tolerance in society and Delwyn is as always, confident and optimistic that football can be a great platform to spread important messages.

“The late (North East Wales) league secretary Mike Beech, was really supportive of us when we started up and once told me that the only thing that should matter in football, is the badge you wear on your chest.

“This is something I stand by as Mike was able to sum Bellevue FC up so simply. All of our players have had adversity to overcome and have done so. They are all proud people who have come together through the sport they love and found a family.

“We all wear the badge with pride and we don’t judge anyone here based on their personal backgrounds. We don’t have any openly LGBT+ players, but be assured that we would welcome them to Bellevue the same as anyone else, if they can kick a ball, they’ll fit right in at our club”

Club Safeguarding Officer, Samantha Derrick, was also on hand to discuss the pot of gold at the end of this particular rainbow.

“It was an easy decision to have the rainbow numbers on the back as we have done so much with the inclusion community and we want to show that we are an ally club to the LGBTQ community and anyone from this community looking for a route into grassroots football without judgement or prejudice.

Quick turnaround! Bellevue players Matty Geddes , Brad Lawrence and Tommy Turnbull
“Hopefully with our striking new kit, we can start a conversation on the matter at a grassroots level and start bringing down barriers that prevent people playing competitive football based on their backgrounds. If people are reading this, then the conversation has started already, so the kit is already doing its job essentially.”

Club chairman and co-owner of sponsors Estyn Wellbeing, Sarah Roberts proudly added her determination to use this sponsorship to keep the need for equality at the forefront of the sport we love.

“We felt it was important to keep the visibility of anti-discrimination as an open dialogue both on and off the pitch.”

Bellevue FC will be wearing the rainbow numbers for the duration of the season on both the home and away kits.