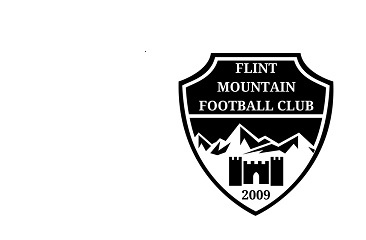 Halkyn and Flint Mountain Football Club have reverted to their original name.

The club will again be known as Flint Mountain as it embarks on an exciting new adventure in the tier 3 Ardal North West League this season.

Promoted from the tier 4 North East Wales Premier Division as runners-up, the club announced this week that former Welsh Premier striker Aden Shannon will be their manager in 2022-23, with former Flint Town United stars John Davies and Jonny Hill as assistants.

Mountain will ground share with Cymru Premier club Flint at the Essity Stadium in the new campaign.

A Mountain statement said today: “We are delighted to announce that following a request made to NEWFA and approval from them last night, we will revert to our original club name, Flint Mountain Football Club, with immediate effect.

“This change comes after the club returned to our home town of Flint after a 10-year absence and left Pant Newydd in Halkyn at the end of the season.

“With the club having left Halkyn, the committee felt a name change was appropriate to re-establish the club’s original name as this was changed as part of our move to Halkyn three years ago. This sees the club revert to the name that is associated with our history and recent successes.

“We thank NEWFA for their understanding and agreement to allow this change.”

History
The club was formed in 2009 as Flint Mountain FC and joined the North East Wales League.

They played on a number of pitches in and around Flint before settling at Northop Hall Pavilion, home of Northop Hall Ladies team.

They moved into the Welsh National League (Wrexham Area) the following season on the back of their promotion as champions.

Prior to the 2019–20 season commencing, Flint Mountain announced they would be moving once more, from the Northop Hall Pavilion to Halkyn United’s old pitch, Pant Newydd. As a result of the relocation, the team changed its name to Halkyn & Flint Mountain to acknowledge the move to Pentre Halkyn.

The club joined the newly-formed North East Wales Football League in 2020 as a tier 4 Premier Division side.

The pandemic put paid to the 2020-21 season in Wales, which was cancelled at all levels except Tier 1, but Mountain performed well in the new league last term and now prepare to compete at their highest level yet.