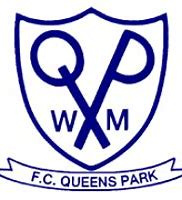 New Brighton Villa 3 Chirk Town 0
Villa caused quite an upset as they became just the second team to beat leaders Chirk Town in the Premier Division this season.

Back in September, the Yellers were walloped 8-1 at Chirk, so revenge was sweet for Liam Evans’ men.

Saturday’s game looked destined to be goalless at half time until Jack Heppleston’s assist set up Scott Davies for the opener on 43 minutes.

Eight minutes into the second half, a Jordan Dooley own goal doubled the home lead.

And it was all over as a contest in the 78th minute when Lewis Jones made it 3-0.

FC Queen’s Park 7 Overton Recreational 0
Barry Torrence added another hat-trick to his collection and reached 29 goals in all competitions this season in Saturday’s caning of rock bottom Overton.

The points were in the bag by half time, at which stage the Park were 5-0 up thanks to a Torrence double, plus goals from Callum Roberts, Jack Hanley and Nathan Brookfield.

Adam Roberts and Torrence further boosted the home total in the second period.

Coedpoeth United 0 Mynydd Isa Spartans 0
The sides could not be separated at Stansty Park.

Caerwys 0 Ruabon Rovers 4
Rovers moved to within a point of leaders Penyffordd Lions but having played a game more following an emphatic 4-0 success at Caerwys.

Andrew Swarbrick (2), Lee Price and Owen Bather sealed the honours for the visitors.

Joshua Betteley and Gareth Williams also struck for the Lawmen, Kurt Issac and Ryan Harden pulling Rangers level at one point in the second half.

HORACE WYNNE CUP
Greenfield 0 Airbus UK Broughton Reserves 2
Luke Griffin and William Gordon notched the second-half goals which put the Wingmakers through at the expense of the Holylwell area hosts.