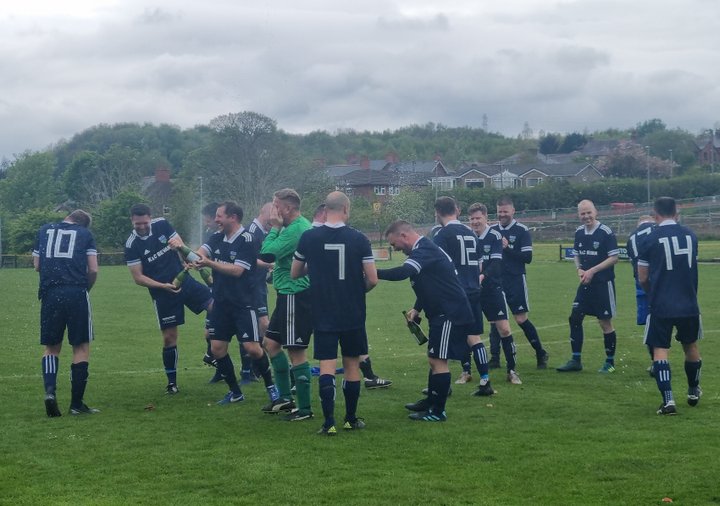 And it was the lower-ranked Championship title kings, Hawarden Rangers, who came out on top after extra time.
Hawarden started on the front foot and took the game to Ruthin, particularly dominating the first 20 minutes, but the final was goalless at half time.

Had Rangers taken their chances in the first period they could have been out of sight. Ruthin showed incredible character and tenacity to weather the storm and keep it at 0-0.

In the second half, Town contained Hawarden much better and put in a few counter attacks of their own.

However, the Championship side remained on top, and it was against the run of play when Ruthin were awarded a penalty for a tug on Wil Endaf’s shirt in the box.

Roger Beech converted from the spot, giving Ruthin a fortuitous 1-0 lead.
Hawarden levelled through skipper Nick Henderson, who smashed the ball into the roof of the net from a tight angle to send the match into extra time.

That equaliser was a hammer blow for Ruthin, but somehow they picked themselves up and dug deep to take the tie into an added half-hour, with Chris Williams putting in a string of last-ditch tackles to keep Hawarden from scoring a second.
In extra time, tiredness crept into Ruthin’s play and Rangers took the lead in the first period when Alan Dawson fired home from close range via an inviting cross from Richard Evans.