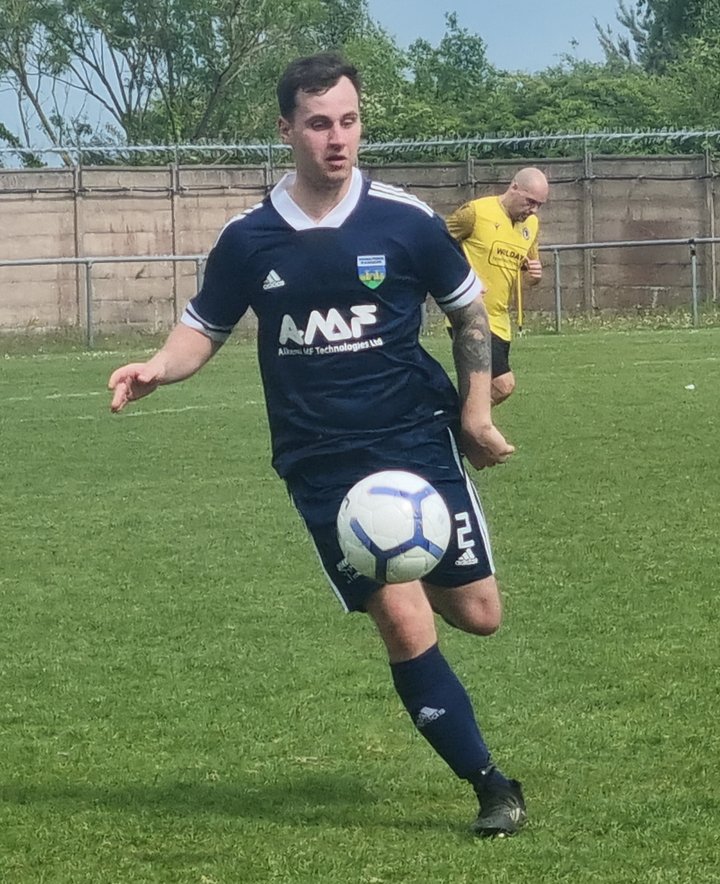 Spartans made up for missing out on the league title to Hawarden by beating the champions in Sunday’s Reserve Cup Final at Flint.

Isa had only lost a single game in the league all season – a 2-0 reverse at title-winners Hawarden, who they had earlier drawn at home with, so revenge was on the minds of the Argoed side entering the cup final.
There was no separating the sides in normal or extra time until in the 122nd minute of play Mark Atkinson grabbed the all-important goal for Spartans with virtually the last kick of the game. Man of the Match Atkinson was involved in everything all afternoon and showed his quality time and time again.
Spartans manager Chris Evans said: “I’m so proud of the lads as from minute one pre-season they gave us everything they had right until the end.

“One loss all season and still not winning the league is gutting, so these boys deserve this cup.”

A highly competitive final saw Adam Woosey sent off for Spartans after receiving a second yellow card on 48 minutes.

The numbers were evened up when Hawarden’s Stephen Wilson was shown a red on the hour.

Bench substitute Thomas Williams became the second Rangers player to receive his marching orders in stoppage time at the end of the 120.