North East Wales League: Caerwys are new Championship leaders – but at a price 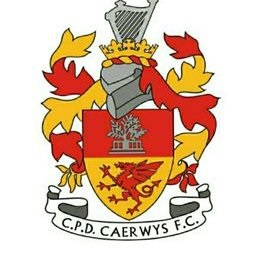 But the day was marred by the game’s late abandonment following a serious injury sustained by visitors hat-trick hero Scott Nelson.

The pitch was tight and had received a soaking in the days prior, so this was always going to be an exciting encounter with the ball able to transfer from one box to another in a matter of seconds.

Both teams had early chances, and but for some great defending from Caerwys and a couple of fantastic saves by goalkeeper Kai Sutcliffe, Aston could quite easily have been ahead.

However, it was Caerwys who broke the deadlock in the 19th minute when striker Nelson managed to bundle the ball forward as he battled against the Aston defence before Matt Gilsenan took a touch past the keeper before leaping over him to tap home.

More end-to-end followed before in the 33rd minute, Lewis Harrison whipped in a free kick which Nelson nodded in to make it 2-0.

Nelson doubled his tally just a few minutes later when his initial shot bounced back to him off a defender for him to thunder into the bottom corner. And he would have completed a treble before the interval but for an offside ruling after he found the net.

Just before half time, the weather took a very sudden turn and the wind and rain picked up massively, with chances coming for both teams due to the ball bouncing and slipping awkwardly, making it hard for anyone to judge – but the score remained 3-0.

Aston came out quickly in the second half and once again forced the Caerwys defence to be on their best form to keep the clean sheet intact.

In the 55th minute, defender Nathan Swann-Jones made it four, tapping home following another Harrison free kick, when it appeared the Aston defence had switched off after what they thought should have been an offside call.

Nelson then put the game well and truly to bed when he tapped in his third of the day in the 72nd minute after being slipped through by Mike Guest.

Unfortunately, a few minutes later, a freak accident occurred resulting in a serious injury to man of the match Nelson, forcing the game to be abandoned.

Players from both sides rushed to assist with a special mention going to Aston manager Chris Foster and his wife Nicola who stayed with the Caerwys side as they awaited the emergency services.

Nelson suffered a broken ankle in three places and is now on the mend after surgery. Everyone wishes him a speedy recovery.

Alistair Gibson added a hat-trick for the visitors, Tommy Hallam a double and there were singles for Andrew Bithell, Ethan Callaghan and Ryan Merrill.

Miroslav Ivanov and Kirk Ratcliffe put the hosis on the scoreboard.

Overton Recreation 2 Ruabon Rovers 5
Conner Kendrick (3), Andrew Swarbrick and James Jones – players who have all scored goals at a much higher level – did the damage for Ruabon at Overton Rec.

Brymbo 2 Coedpoeth United 3
Brymbo so nearly landed that elusive first point, but an 89th minute own goal from Levi Evans meant Coedpoeth took all the honours.

Kevin Breeze and Michael Taylor put the visitors two-up before Luc Bonfrer and Kyle Evans made it all-square before the hour.

Castell Alun Colts 4 Mynydd Isa Spartans 1
Benjamin Bailey’s hat-trick and a Robert Ward single banked the win for Colts, Shay Davies responding for Mynydd with the only goal of the second half.

Caerwys Reserves 3 Llay Welfare 3rds 1
Alex Owen gave Llay a 20th minute lead at Lon-yr-Ysgol, but Caerwys recovered to take the victory thanks to Lewis Roberts, Jack Smallman and Alexander Woodhead hitting the back of the net.

FC Queen’s Park Reserves 2 Castell Alun Colts Reserves 2
The top two shared the points, Matthew Bithell and Sean Price on the mark for the Park, Craig Worthington and Kacper Wojciech for the visitors.